Below are some select examples of industrial liquid mixers and automated batch mixing process systems. Please contact information for specific details or to discuss your project. 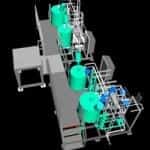 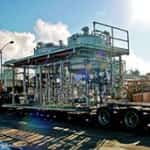 EPIC’s team of batch mixing process experts works can work with a variety of technologies and mixing applications to create custom, automated mixing solutions that meet your needs and budget. Some examples of technologies we work with include:

To get pricing information or discuss your batch mixing process project with an EPIC engineering specialist, please call  314-714-1580 or fill out the form below.

We take your batch mixing process technology and scale it up, without sacrificing quality. We are experienced at fully extracting your technical, operational and commercial specifications. We combine those with our knowledge of process capabilities, batch mixing, and modular design/build to help you “Do It Better.” Our process for building complete modular batch process manufacturing systems includes:

“EPIC offered an in-house construction service where they built modular skids for our blending systems. Six modular units containing two blending vessels each were shipped to our plant and installed with very few problems.  In Illinois, we have very expensive construction labor.  While this endeavor saved us quite a bit of expense, we found the quality of their delivered product was top-notch, conforming to all ANSI and GMP standards.”